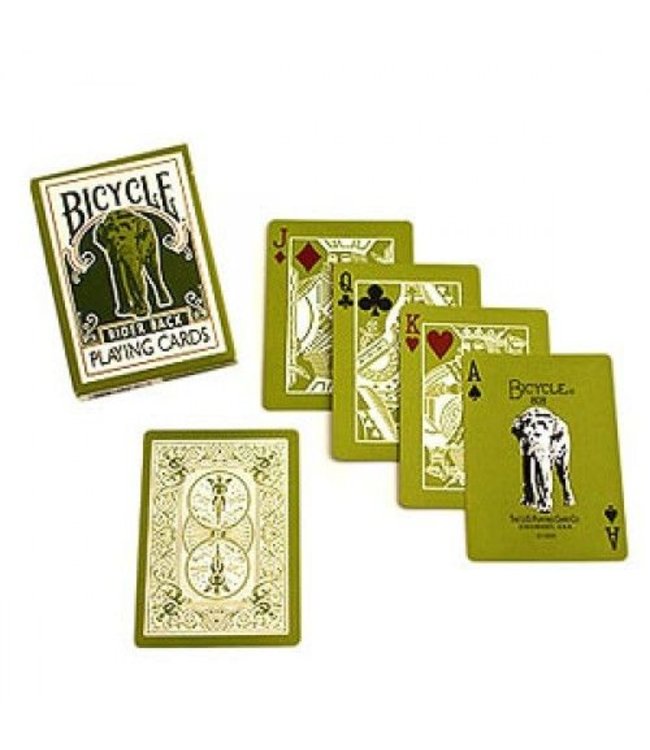 These are reproductions of the Bicycle Elephant decks originally made to raise money for the Dec. 2004 Tusnami relif. That deck came with a special Tusnami Relif Card and a RED USPCC deck seal.

These Elephants decks have a green blank face card instead of the Tusnami Relif Card. The reprints have a BLUE USPCC deck seal.

Both decks were made in limited productuion runs and are collectables. Out of print but still avaialable for now. When they are gone. They are gone.

This was the first "unusual" deck made. It inspired Ellusionist's Black Tider Decks. The rest is history.