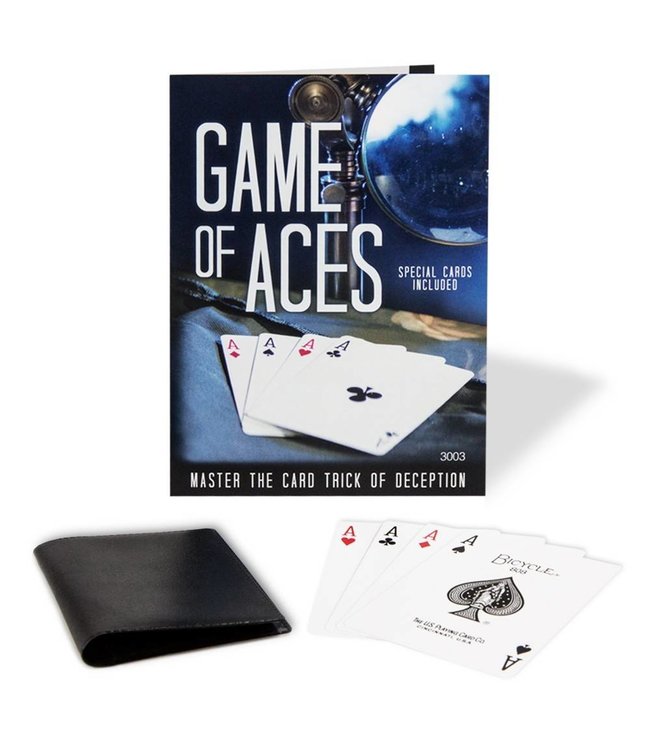 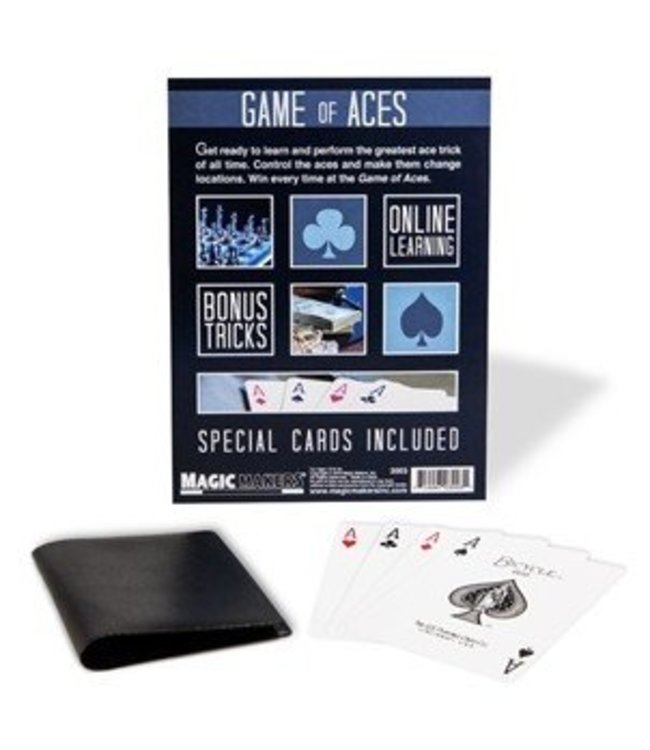 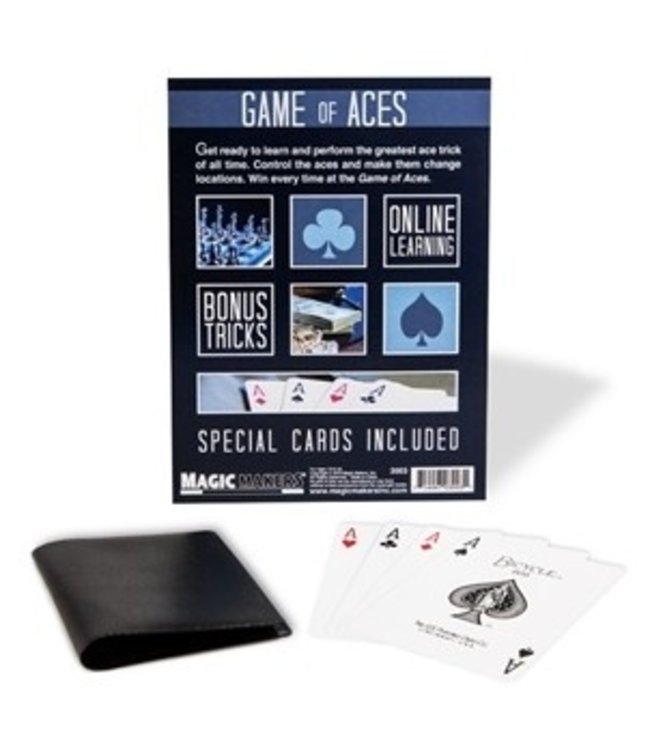 Game of Aces
The great ace trick of all time can now be yours to perform.
With the special cards included, this illusion can be performed with any poker sized deck.
Online learning with extended content awaits you...

History In Magic:
This effect is based on a creation of Johann Nepomuk Hofzinser (1806-1875, Vienna Austria). Hofzinser's The Power of Belief was used as his finale effect. Later based on the effect, the "One-armed Magician" Mac McDonald (1907-1982, USA) made famous his MacDonald's Aces; first published in More Inner Secrets (1960) as McDonald's $100 Routine. Other great effects have evolved from this by magician legends such as Frank Garcia, Derick Dingle & Gary Ouellet. Rob Stiff of Magic Makers now brings you Game of Aces...