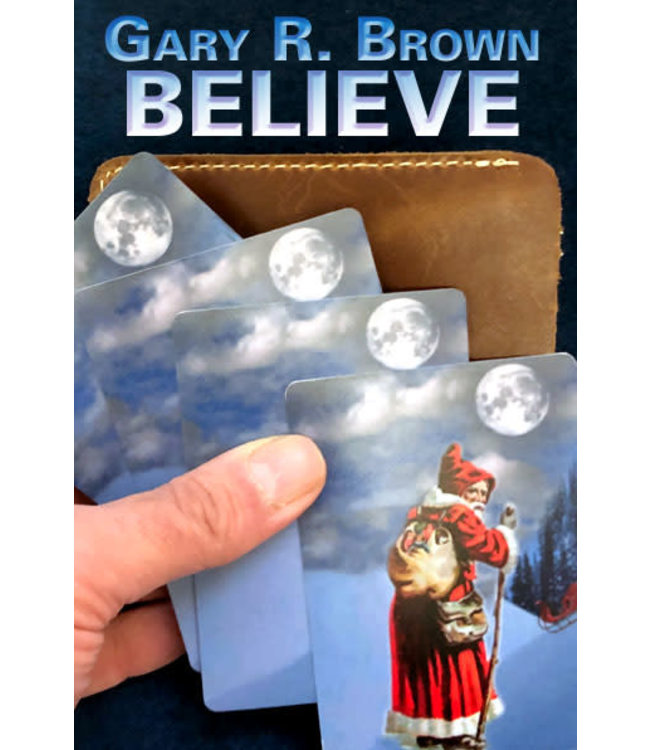 Gary Brown's Believe - A holiday miracle that will make your spectators believe in miracles!

Complete with instructions and performance guide! Make up a fun story about the commercialism of the holiday, a religion friendly story about the season, or anything else you like. Fun for families.

Supplied with the The Nightmare Script (where Santa is a stalker and "knows" where you are and knows if you've been bad!)

Show four Poker Sized Plastic Cards Three show a beautiful winter scene, the fourth has the same scene but also Santa Claus and his sleigh. Deal one winter card onto the table, covered by the spectator's hand. Slowly mix the Santa card and the other two winter cards. Where is Santa? Astonishingly, the three cards you hold are winery scene, while the spectator's hand is resting on Santa! The effect is repeated.

This startling and fun effect uses only four cards, none of which are gimmicked in any way. The cards can withstand close examination by spectators. "Believe" is virtually self-working, uses one basic sleight done only once and does not uses any switches wallets or apparatus.

Be sure to check out Death At Hand and Fool For You also by Gary Brown. Same effect and handling but one with a sinister theme and the other a comical one!