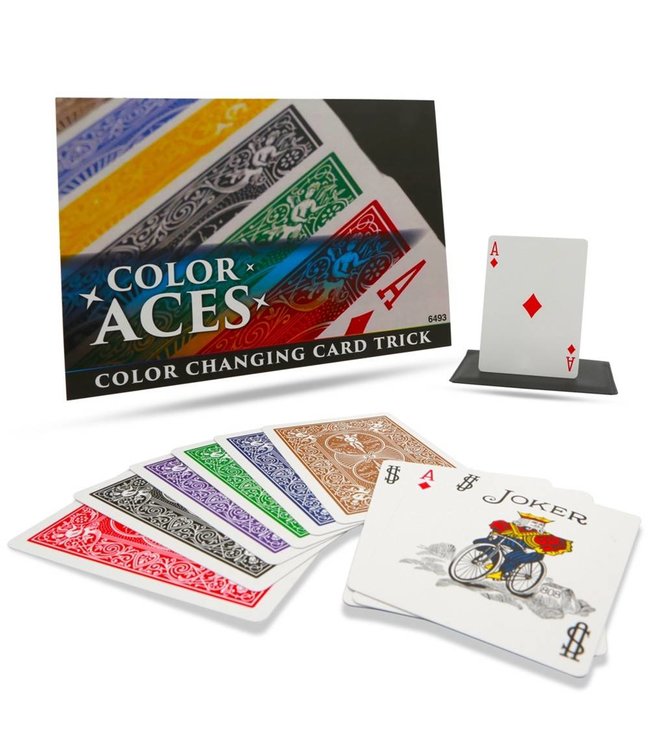 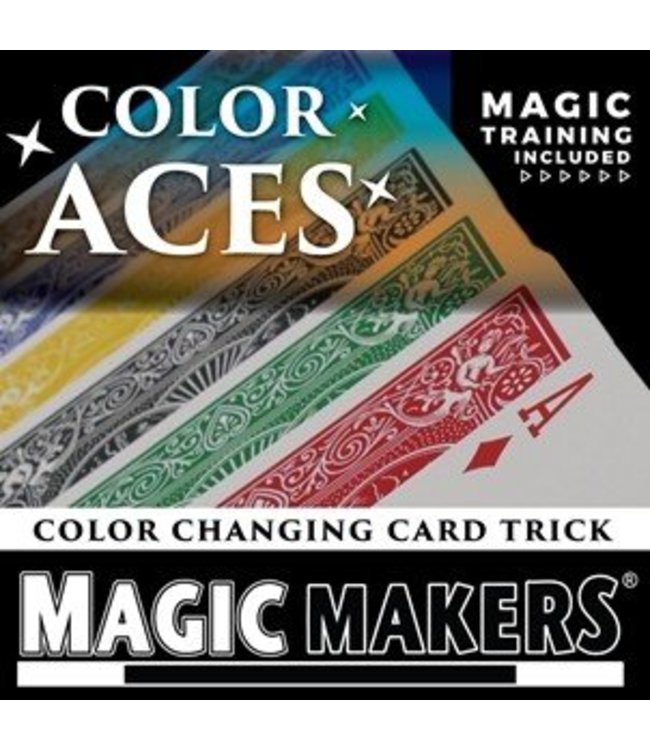 Sympathetic Aces was an effect originally released by Emerson & West. The original version from the 1970s was one of their most popular effects but it was poorly made. Printed on cheap card stock with no plastic coating, with poorly colored backs. In spite of this, the effect is incredible and the reactions, tremendous. This was one of their most popular selling card tricks in their line. It has been off the market for decades.

Magic Makers released their own version of it years later called Queens Out Of Control. Instead of using Aces as in the original version, this version uses queens. The cards are made better but they still come with a generic back design and includes an instructional DVD. It is still available for about $25-$28

In short the effect is that aces magically turn face down, then face up, then become Jokers, then have all different colored backs. Though there is more happing than can be described.

Color Aces comes in Bicycle backs with a carrying wallet. 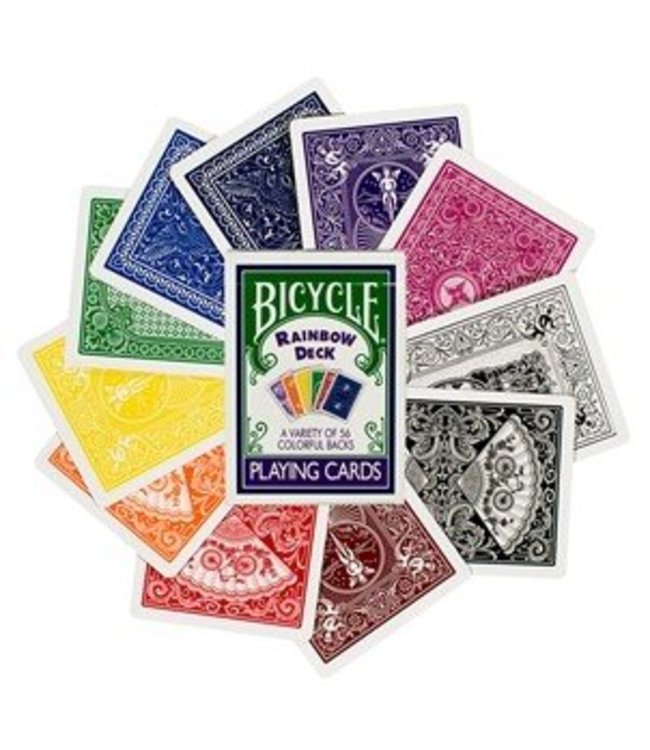 Bicycle Rainbow Deck - All blue backed cards turn into all d..
$19.99
← Return to the back office    Free Standard Shipping for domestic orders over $ 100. Some restrictions apply. Hide