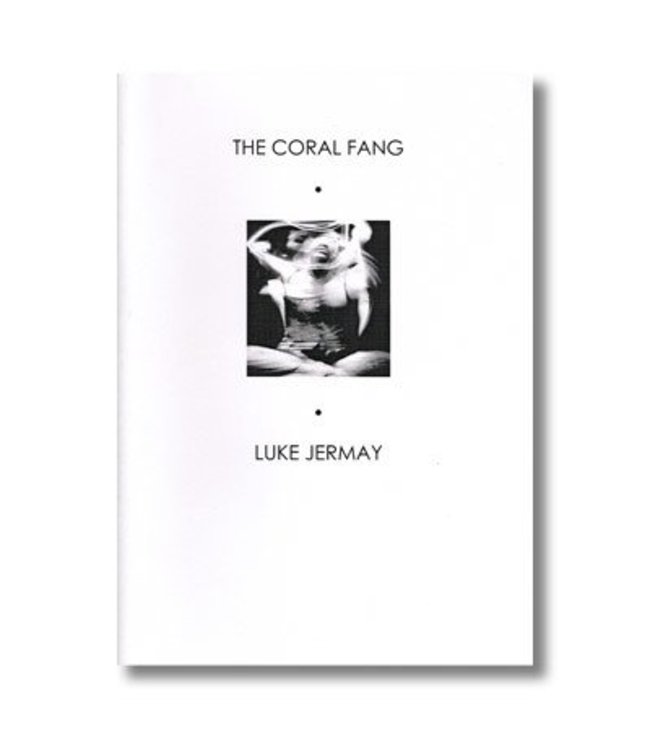 The Coral Fang is Luke Jermay's third collection of material to be published. This manuscript does not concentrate as heavily on the use of suggestion in mentalism as his previous works and featured within these pages are several sure-fire effects as well as a few new twists using suggestion techniques and genuine psychological methodology.

The book features the following effects:

Touching on Hoy:
Which is in my opinion the best thing I (Luke Jermay) have ever come up with. Simple, direct and strong. Three people think of different things. You then reveal what each person is thinking of. No pre show work, no props, no stooges, no kidding!

The Dangerous Opener:
The performer influences a spectator to select the safe bag for him to crush. He slams his hand down on the selected bag revealing under the bag left, an upturned razor sharp knife. A 100% safe version of the modern day classic. No pre show work, no danger, no stooging.

Pre - Show Scripting:
A powerful model to be used for pre show work. It allows the performer to reveal much more during performance with no extra effort.

The Psychic VS Psychological Performance:
An essay that features a model of scripting to allow the performer to involve all types of audiences in his performances. This scripting allows the performer to appeal to both the skeptical members of the audience and the true believes without offending either party. It also means the mentalist has the potential to work within both market places.

Blowing Bubbles:
The performer reads the mind of a spectator who is visibly seen to react the moment the thought leaves their mind. They also confirm the fact that they felt you reach into their mind and remove that very thought.

Phone Prediction:
A novel and entertaining prediction effect with a very different climax. We will let you discover this one for yourself!

PK Lip Stick:
A stunning twist on the modern day classic. Bridging the world of the unreal and the magickal.

Blindfold Sequence:
A member of your audience is blindfolded while another focuses on a number they think of. Amazingly and with no pre show work or stooging the blindfolded spectator accurately reveals the number focused upon. This could be used as much more than numbers.