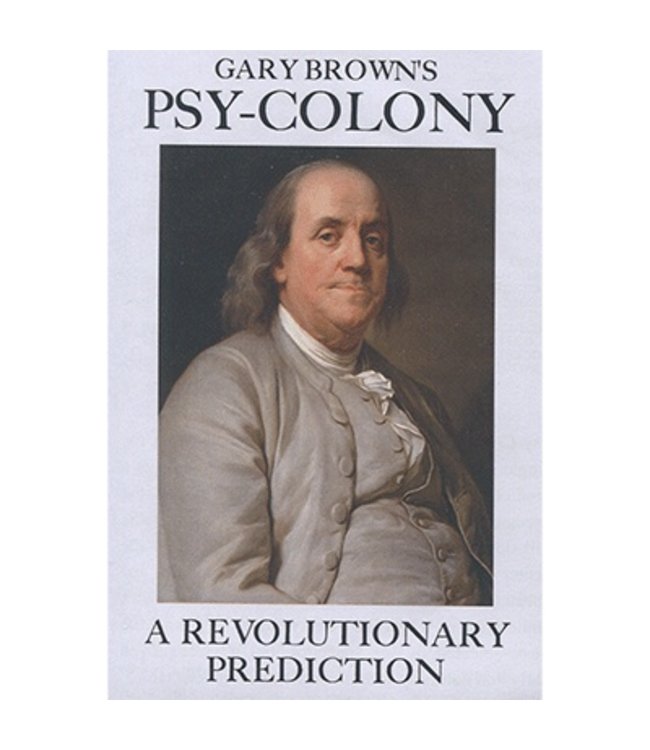 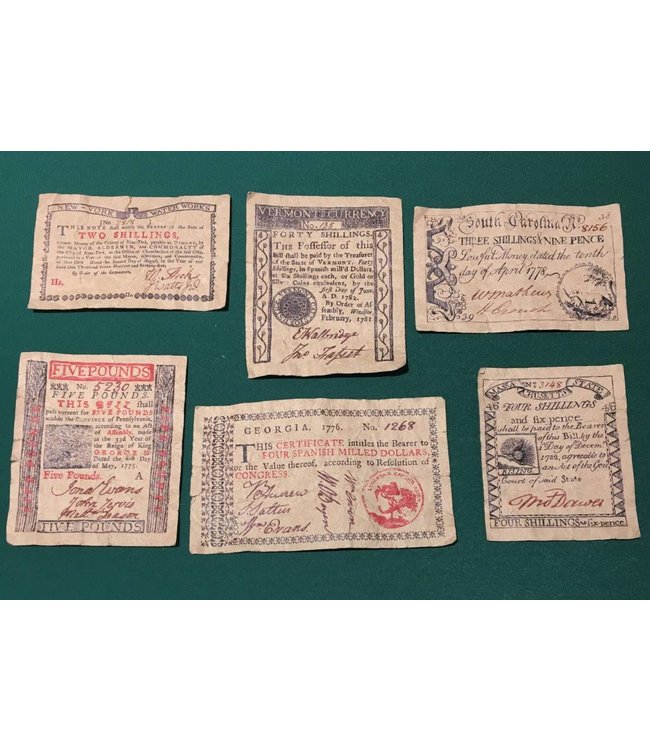 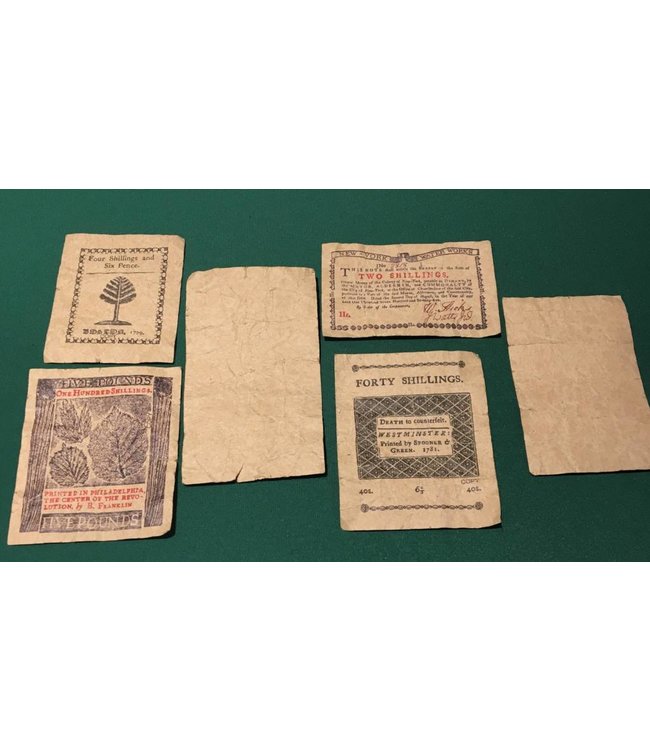 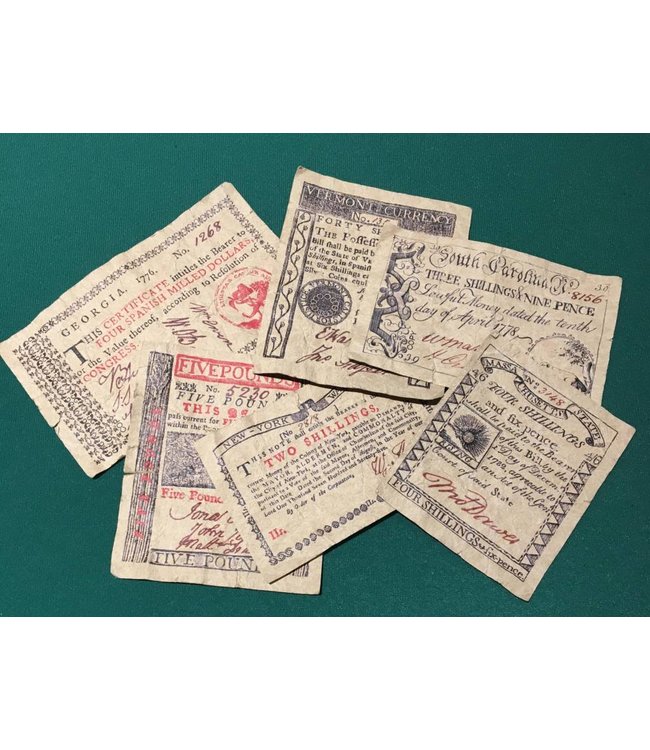 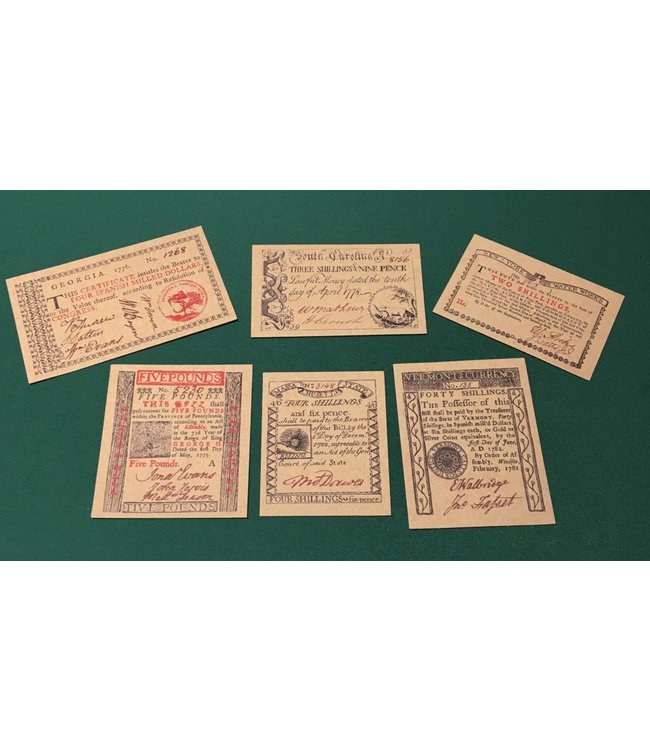 Effect: Performer produces six colonial banknotes from an envelope, setting them out on a table. The spectator selects several, and eventually settles on one. The note selected by the spectator matches a duplicate note contained in the envelope, which has remained in the possession of the spectator, untouched by performer, during the entire effect. Psy-Colony is an astonishing, self-working prediction which uses no gimmicks or sleights. The spectator handles everything used in the effect, and the items bear the closest scrutiny.

Yours comes pristine. You have to work them in and make them look old.

Psy-Colony is a self-working prediction effect using authentic-looking money from the Colonial era. The spectator handles the props, the possibilities for interesting patter are endless, and Gary has introduced what I call the Center Placement Stratagem which has many other applications. It's not just another card trick, and you can carry it in your wallet! - Matthew Field, Fmr. Editor, The Magic Circular

For those of you looking for a never-fail prediction trick that is both memorable and entertaining, Psy-Colony is for you. The handling is top-notch, and the finale will leave your audience shaking their heads. Highly recommended! -James Swain, Magician and Bestselling Author