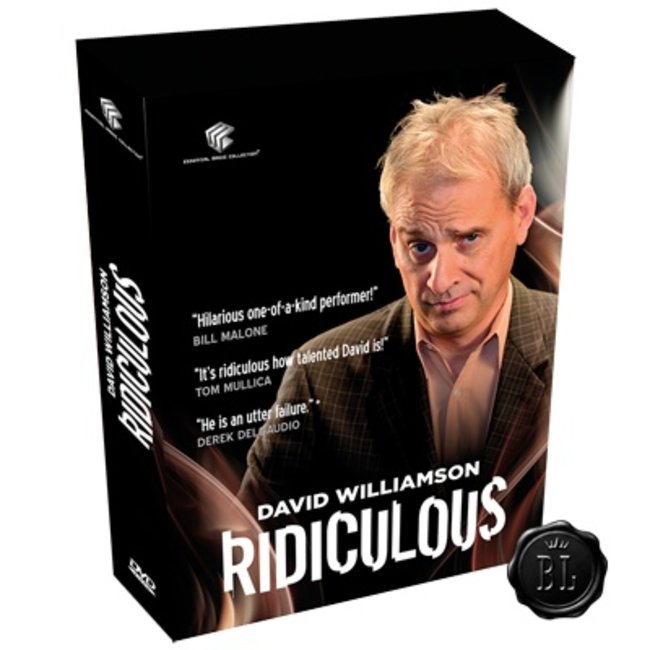 David Williamson is a phenomenon!

An award-winning performer, amazing sleight of hand artist and superb entertainer. His unique style helped change the way we perform magic. And now he shares the routines that built a career, won praise from fellow performers and the applause of the audience. All gathered together in a 4 DVD boxed set.

DISC 2 - CARD WORK
David Williamson is renowned as one of the world's finest sleight of hand artists. Here he explains some of his favourite card routines: He Who Spelt It Dealt It, Roger Smith's Texas Trick, Terry Hampton's Sleeve Aces, Fortes' Springing the Aces, Cocktail Dazzler, Interlace Swindle, Liar's Poker and many more. First class magic from a true card artist.

DISC 4 - MOVES & CONFESSIONS
This is a master class in card handling. The sleights and moves that form the backbone of David's card magic. Learn them well and you'll have an armoury of sleights at your disposal. The Change, Pass Palm, Classic Force, Second Deal, Bottom Deal, Double Lift, Diagonal Palm Shift, False Shuffles, Holding Out, Pinky Count and Palming.

Also featured on this disc Confessions. David Williamson reveals the real secrets of magic, what it means to be a magician and how to be the very best magician you can.

The DVDs include an extensive interview with David Williamson about his life, his magic and his career as a performer. Plus more Extras: The Striking Vanish and Vanishing Knife.

WHAT THE GREATEST ARE SAYING...

BILL MALONE
David Williamson is a hilarious, entertaining and one-of-a-kind performer! Not only my favorite magician to watch but his ideas, teaching abilities and skill level are just as amazing! An investment in magic you can't afford to pass up!

TOM MULLICA
I think it's RIDICULOUS that this material is available for the fraternity. It's RIDICULOUS how talented David is, it's also RIDICULOUS that he's willing to share this treasure of material with his friends in magic. David Williamson is very serious with his comedy and we all love him for his dedication to the art.
2. Where are the Duke Sterns, Karrell Foxes and Jay Marshalls of today... they all live in the fertile creative mind of David Williamson. I am so proud to have him as a friend, especially knowing I influenced his 'style' of entertainment. We all benefit from the genius of David's talent. Don't miss out on this truly extraordinary gift of sharing.
3. All great comedy magicians are true artists...they have studied for years to find out what works and why. While you're laughing and being entertained by someone 'special' like Dave Williamson, you are being fooled as much as a lay person. What a treat to have David Williamson as one of us.
4. David Williamson is a humble guy, he does what he does because it makes him happy. He doesn't care about being famous, he just wants you to be part of his world of laughter. If he wasn't a magician, he'd be a jazz musician because he can jam with the best. RIDICULOUS is exactly how he works but LIKE ABILITY is why he's so successful!
5. David Williamson SUCKS!

DEREK DELGAUDIO
David Williamson is an utter failure. He has spent his entire life trying to convince others that he's not a genius. He's not fooling anyone. 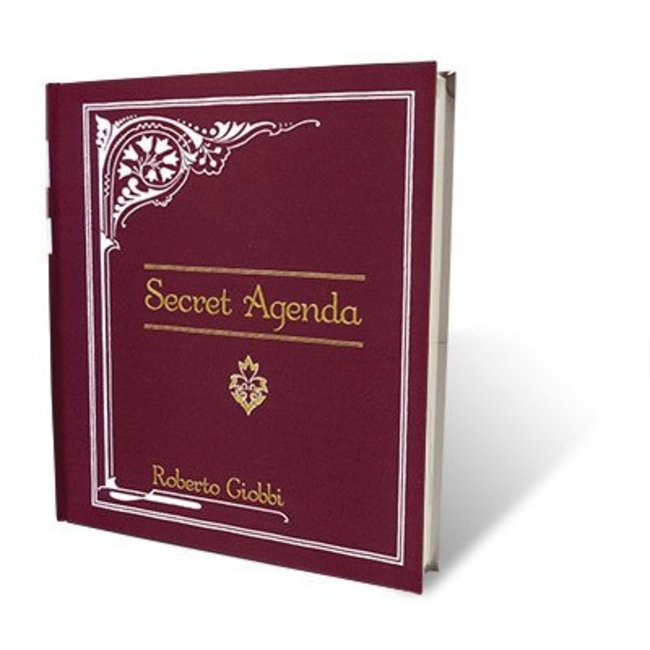 Secret Agenda by Roberto Giobbi and Hermetic Press
$55.00
← Return to the back office    Free Standard Shipping for domestic orders over $ 100. Some restrictions apply. Hide