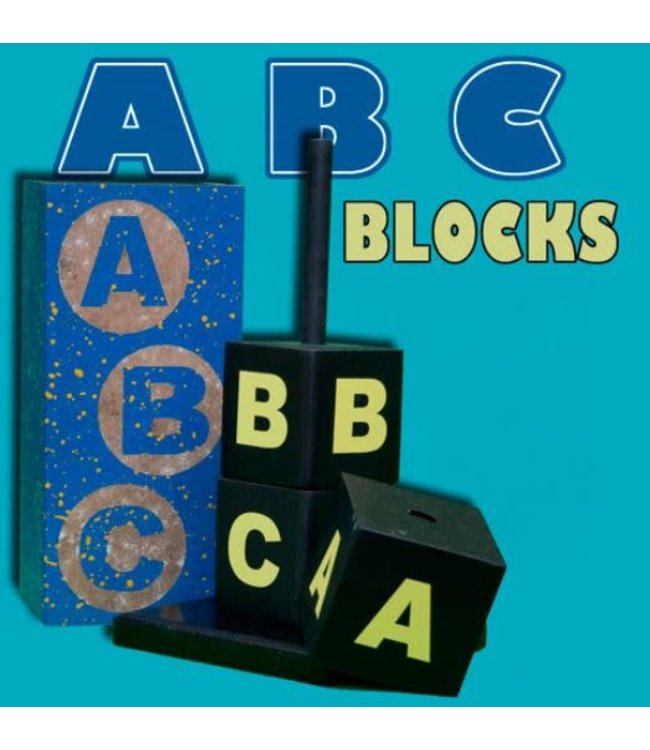 Blocks change location and transport to other places! Read more..

Three wooden blocks labeled "A,B, & C" and a square tube are shown. Block "A" is removed and placed in a hat. The remaining two blocks are covered with the tube. The audience is asked the location of block "A". Naturally they say "in the hat" and you remove the block to show that they are correct. The tube is also lifted to show the position of the remaining two blocks. Now for the magic. Block "A" is placed on top of the other two blocks and the entire stack is covered with the tube. The audience is now asked the position of Block "B". No matter their response they will be wrong. The tube is lifted and block "B" is gone even though it was between two other blocks. You then reach into the hat and remove block "B". This is a true mystery that will have their heads spinning. Nicely crafted from wood.

There are many routines and presentations that are possible with this wonderful effect! 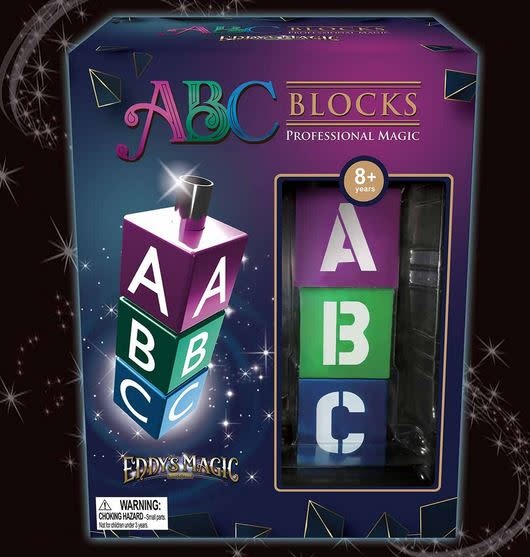 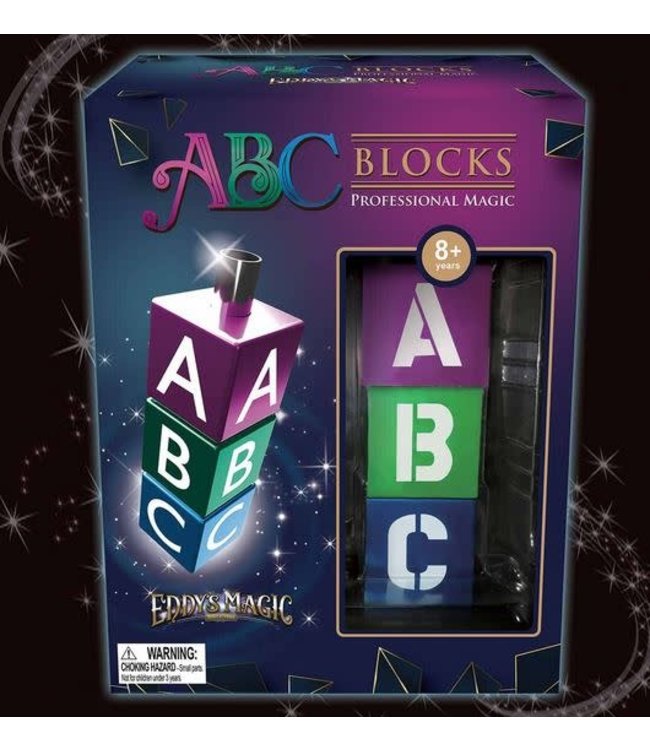 The ABC Block is one of the most traditional & ancient magic..
$29.99
← Return to the back office    Free Standard Shipping for domestic orders over $ 100. Some restrictions apply. Hide