New Years Eve costume parties are certainly nothing new to us. We have been helping our customers find the perfect costumes and accessories for all occasions since 1974.

We thought the biggest New Year's celebration of our lifetime would have been New Years Eve 1999 for one of two reasons. And because of those reasons, the parties were huge!

Many thought the start of the year 2000 was the beginning of the 21st Century.  However the masses later learned that the end of the 20th Century was to be Dec 31st of 2000. While the parties were strong, they were nothing like the way they were at the end of 1999.

Others thought the start of 2000 would be the start of the end of the world. So they partied and partied hard! The Y2K scare was a very real threat in theory but thankfully nothing at all happened.

Briefly the Y2K scare was the fact that when computers were invented, the programmers only allowed for two digits for the year. Meaning when the clock struck midnight on Jan 1st many scientists thought the computers would reset the the year 1900. Meaning all the money in your bank account didn't exist yet and that planes would fall from the sky etc.

Check out the cover of Time Magazine from just over 20 years ago! There is always someone saying the end is near, but back then we were unsure. Many with just cause thought it was going to be it. And of course there were many that thought nothing at all would happen. Guess who was right? The ones who didn't worry about it. For more on The Millennium Bug check the Wikipedia page. 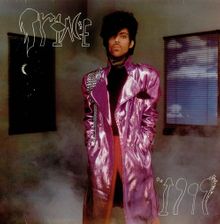 Were there more party goes a year later; for the end of the 20th century? You might think so but they weren't. New Years Eve 1999 held the record for the most and the biggest parties until until New Years Eve 2019. Which was very surprising to us.

Not only were there more people attending more parties this past year but the parties were mainly Gatsby themed ones. The few people who didn't dress as 1920s upper class enjoyed the festivities in other 1920s attire.

Gatsby parties have been on the up-rise for the past several years and this year marked the beginning of the new 20s.

1920 marked the beginning of the Prohibition Era. A time where all alcohol (except for religious wine) was illegal. You couldn't make it, sell it, buy it, transport it or drink it. Even though Prohibition lasted until 1933, alcohol was still readily available through the underground movement and organized crime.  speakeasy's opened up all over the USA, with and estimated 32,000 in New York City alone!

Leave it to government to tell We The People what we can and can not have in this free country. And now that are doing it again in New York with the new year, new laws. No flavored vape in NYC or Nassau County and they are still trying to outlaw it in Suffolk.

So before this happens, come on down to Ronjo and pick up your flavored E-Liquid, Salt Nic & CBD Vape Juice.

Sorry, I went off on a tangent!

Saying goodbye to 2019 and bringing in 2020 costume parties was what I was talking about. So many great people having a great time. Celebrating the Roaring 20s all over again.

We had Gangsters, Flappers, Bonnie & Clyde, people wearing Skimmer or Boaters; you know the straw hats. We even had Betty Boop, Laurel & Hardey, Marx Bros., Sherlock Holmes, Newsies, and one of my favorites Harry Houdini, well because we love magic here!

But my absolute favorite was the 1920s Auto Racer. We used the 1920s Checkered Hat, The goggles and sash from the Aviator Kit and the Clown Horn for the car. We also used the same horn for Harpo Marx.

We had all the proper costumes and accessories for every idea! Pocket Watches, Play Money, Feather Boas, Long Gloves, Cigarette Holders, Spats, Suspenders, Fishnets, Feather Head Pieces, Canes, Wigs, Fedoras and more. We had so much fun helping everyone get  ready for their parties! And we know all of our clients had an awesome time wherever they decided to go for the evening. Thanks to all of our friends for another great year! Click the pictures to take you to our site. 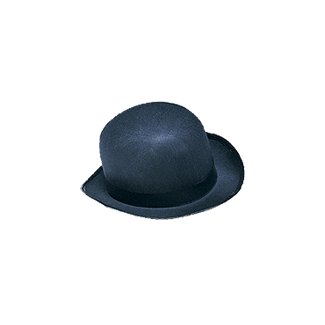 So from all of us at Ronjo's Magic & Costumes and Best CBD Wellness we wish you all a Happy and Healthy New Year!